There Is No Reason Why
Anyone Gets Cancer

Cancer is random. It is no one’s fault. It is not bad karma. God does not hate you. It is not anyone’s fate or lot in life. It is just what happened. Although you might find out the cause of your diagnosis, such as a mutated gene, there will never be a true reason you got cancer.

I know how it feels to go deaf from the sound of your heart throbbing in your ears when the words “positive for cancer” are directed at you. What it is like to question your whole life. To look for a moment or time when things went awry and caused the diagnosis. To point a finger at anything if for no other reason than to give the diagnosis an excuse, because random was just too, well, random and out of my control. Even if I put all the blame on myself, it was still better than nowhere.

In 1974, President Richard Nixon declared a war on cancer. Since then, there have been millions of articles, hundreds of books, and dozens of movies on the disease — not to mention thousands of fundraisers for it. Cancer has colors and slogans as well as organizations built around researching and finding a cure. After more than forty years of profile-raising campaigns, cancer is the one condition everyone has heard of or knows someone who has it, whether it is them, a loved one, a colleague, a friend, a friend of a friend, someone famous, or a neighbor on the fifth floor.

Because of, or maybe in spite of, all this information, everyone has an opinion on why someone received a diagnosis (as well as what they should do about it — but that topic is for another blog). It must be their lifestyle, family history, religious belief, where they live, whom they love or how they have dealt with trauma.

People can come up with all kinds of reasons for having cancer, but it is all irrelevant. Spending time trying to figure it out will not change where you are; it will only compound your feelings about it. There is no reason why anyone gets cancer.

I volunteered on a breast cancer helpline for fifteen years and have seen how looking for a reason can exacerbate the pain of a diagnosis and bring on guilt. I have spoken with women who became so focused on where to put the blame for their cancer that they lost sight of the more important goal: regaining their health.

“Do you know how much time and money I put into working out the anger I feel toward that man?” one woman fumed. “I guess not enough, because I have cancer. He wins again!” She believed holding on to anger caused cancer and blamed the volatile relationship with her father as the reason for her diagnosis.

“I just feel that if I had stayed at the church, this would not have happened,” said a tearful woman who felt cancer was her punishment for leaving.

“My grandmother had breast cancer. We didn’t get along. She is dead now, but I know she gave me this cancer. It’s her way of getting back at me for all the things I’ve said about her since she died,” said another woman very matter-of-factly.

People can come up with all kinds of reasons for having cancer, but it is all irrelevant. Spending time trying to figure it out will not change where you are; it will only compound your feelings about it. There is no reason why anyone gets cancer.

I knew a woman who was very knowledgeable and diligent about living a healthy life. She was the first person I met who read food labels, juiced vegetables and exercised regularly. She was diagnosed with advanced breast cancer when she was in her early forties. Another woman I knew ate red meat every day, drank three fingers of Scotch a night and from the time she was thirteen smoked two packs of Camel nonfilter cigarettes a day. She lived well into her eighties and never had a cancer diagnosis. There is no way to make sense of who is diagnosed with cancer and who is left untouched. There is no logic to it at all.

A little while back, one of my oldest friends was diagnosed with, as he wrote me, “a bitchy strain commonly known as bile duct cancer.” He and I go back to those early days in life when you are coming out of your teens and into your twenties with wide eyes, imagining what the world is going to be for you. The discoveries, chances, wild nights, endless optimism and incredible highs, both chemical and natural, connect you with these friends for life. Regardless of the ups and downs, ins and outs, and distance between two coasts, there is a bond from that time that lasts a lifetime.

I wanted to lash out at the world when I read my friend’s text. I must have said God dammit! a hundred times as I slapped away tears. I was angry and frustrated with no place to go with my feelings. I needed a reason for this awful situation. But there wasn’t one. Cancer happens. As much as I knew that, I still wanted to scream at the universe, “Why?!”

I felt profound sadness when I recently saw the progression of my friend’s disease in a photo. It was a simple picture on Instagram of his hospital room, but I hated it. I don’t want him to be there. I want him here with me, drinking coffee and talking about what’s to come. I want to spend the afternoon on a park bench and chat about new business ventures, discuss creative happenings and take goofy selfies with comments only old friends would get. I want to imagine what still can be in the world, never looking back, always looking ahead.

Yesterday my friend sent me a link to the trailer for the upcoming movie Moonage Daydream, about David Bowie’s life. I have watched it no less than fifteen times. It is awesome and made me feel good, and I was grateful for our friendship. That is where I will put my energy. I will look forward to posts of his art on Instagram, enjoy the articles he sends me from the New York Times, read his thoughts on the changing markets and consumer habits, and always relish the links he finds on locations around the world hosting a Bowie exhibit. Anything else is not worth the time.

When I wrote this blog three days ago, my friend and I were exchanging texts with more to come. Tonight, I received the call that he passed. There is no reason why anyone gets cancer, it’s no one’s fault, but it is a constant reminder to live in the moment — every challenging, exhilarating and peaceful moment.

Theresa Drescher is a life and career coach, an entrepreneur, the director of a nonprofit and a twenty-two-year breast cancer survivor. She is the author of The Upside to Everything, Even Breast Cancer.

In 1999, two months after she left her corporate job and started her own design company, Theresa was diagnosed with breast cancer. After she survived her ordeal, she knew she had to share her valuable knowledge to help others manage their cancer experience.

In 2000 she started volunteering for a breast cancer helpline in New York City to share with other women what she had learned about being diagnosed and everything that followed. For more than twenty years, Theresa has answered questions, given advice, explained documents, laid out action plans, lent an ear and supported women through tough times and triumphs, all of which she shares in her book. Since 2014 she has spoken publicly about the signs of breast cancer and how to become an empowered patient.

In 2015, Theresa began using those skills — honed by speaking with hundreds of people in crisis — and began coaching people through big transitions and small setbacks with her guiding principle: There is an upside to everything we go through. In addition, she learned to deal with the manic depression and anxiety she has suffered from since childhood. Through all that, she climbed the corporate ladder to become a director at a Fortune 500 company, survived breast cancer, rebuilt a design business after September 11, founded a nonprofit, came back from extensive back surgery and wrote a book. She has taken personal-development and self-empowerment training but has found that experience surpasses all.

Theresa and her husband, Michael, live in the East Village of New York City. 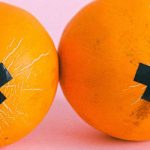