Author Shelly Seale
It happened in my family. After both my mother and myself had experienced abnormal mammograms and detailed breast ultrasounds of the abnormalities in the past year, my mother called me in March with the news.

She had just been diagnosed with breast cancer.

After more tests, MRIs and visits with her surgeon, my mother decided to have a double mastectomy. There was no question about a mastectomy on one breast – there, the cancer was widespread throughout the breast, and it had to be removed to remove the cancer. My mother decided to go ahead and have a mastectomy on both breasts, to be on the safe side, and have reconstruction on both rather than have to face the possibility of going through it all a second time.

On the day of her surgery, as I sat in the hospital waiting room with the rest of my family, an incredible message came in to me from a friend. It told me of a product called Heal in Comfort – a special shirt and recovery kit created especially for women who have undergone a mastectomy or breast surgery.

I immediately went to the link, healincomfort.com. There I saw pictures and the description of the “soft as feathers” shirt with many features that such patients need, but may not realize it until after their surgery. Pockets inside to hold the drains. An easy-open front. All for the same cost as flowers.

Heal in Comfort was started by Cherie B. Mathews, after her own battle with breast cancer. Mathews is now a 12-year survivor, and designed the shirt based on what she wished she had had during her surgery recovery.

“I was diagnosed with breast cancer 13 years ago, at the age of 40,” Mathews says. “I was an organic eater, a runner, and boom! I’m diagnosed. After a mastectomy, I learned the hard way that there isn’t any clothing to wear after such a brutal surgery – and I had these surgical drains sewn into my body.”

Mathews was told to wear her husband’s dress shirt – which in her words, was totally not okay with her. “I guarantee that if a man was to lose his man parts, they wouldn’t suggest he bring his wife’s skirt to go home in!”

““When I first looked in the mirror after surgery, I was shocked when I saw my scars and drain tubes. My mind started casting doubt on survival and whether I would look normal again.”

This is why she does what she does – provide women with an ultra soft, moisture management shirt that is designed for comfort, as well as holding the post operative equipment.

Mathews went a step further – she also created a nonprofit, Healincomfort 4 a Change – healincomfort4achange.org. Through the 501(c)3, she takes care of breast cancer patients as a gift, and donors can earmark a donation to send the shirt to any patient or hospital in the USA.

The patented shirt and Mathews’ work has been supported by NFL punter Thomas Morstead of the New Orleans Saints and Olympic Gold Medalist Kenny Harrison.

As the website states, “Be brave and fight like a girl!”
Author Shelly Seale Austin Texas Posted June 21 2013

I’m Shelley, a journeyer and learner of the world, freelance journalist and author, yoga chick and dog lover. I pound the keyboard from home barefoot every day, and while my boss is demanding she also occasionally lets me have the early afternoon cocktail. I think not going into an office or collecting corporate paychecks are very good ideas, though not always profitable. I have written for National Geographic, USA Today, Globe Pequot Press, Andrew Harper Traveler and CNN, among others. Neither the New York Times nor Johnny Depp have answered my letters yet. I love yoga, wine, and books, though not necessarily in that order. I believe in karma. Mean people suck. If I could have any dream job I would like to be a superhero. I don’t know how to whistle. I was once robbed by a monkey in Nepal. My mantra is “travel with a purpose.” 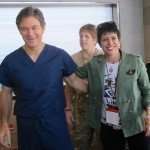 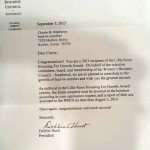