No doubt you have heard of “green powders”, and maybe even use one. I often get asked if I think what’s in them really does any good. They are a quick way to get some “greens” into the diet when you don’t feel up to cooking actual greens. They are a great addition to smoothies as well. So, let’s look at some of the ingredients in many of the green powders and see what they actually do in the body!

This is an ancient grain, dating back more than 10,000 years to the Egyptians.  Recently the National Library of Medicine did extensive research on barley grass and found some amazing benefits, “Barley grass powder is the best functional food that provides nutrition and eliminates toxins from cells in human beings.”  It is a rich source of fiber, minerals, and phytochemicals that combat several types of diseases such as diabetes, heart disease, and even cancer.

This may be a problem for those with Celiac disease but for those just intolerant to gluten it usually doesn’t present a problem.  Wheatgrass has the highest content of chlorophyll of any of the grasses.  Chlorophyll works directly on the Mitochondria (your energy factories in your cells) to create more ATP (energy.) I’m sure you’ve seen juice shops where you can get a “shot” of wheatgrass, which is freshly juiced and the best way to get it. However, if you don’t want to run to the juice shop or do not have a wheatgrass juicer, powdered wheatgrass is the next best thing.

When you first hear the word you may think of the slimy stuff that is on the beach, but this type of algae that is in green powders is not that!

This is a single-celled green algae that contains healing benefits beyond its nutrient components and is usually found in a green powder.

The highest concentrated source of pure chlorophyll is found in chlorella.  As mentioned above, wheatgrass is high in chlorophyll, but algae is even higher.  Chlorella is a wonderful detoxifying agent and increases your master antioxidant glutathione.

Chlorella has been used in clinical trials to improve symptoms associated with breast cancer including skin conditions and fatigue. When chlorella extract was consumed daily for one month, researchers found that the certain nutrients in chlorella such as its polysaccharides and natural sugars help to regulate a healthy balance between Natural Killer cells and killer T-cells. Chlorella has also been shown to suppress the new generation of blood vessels required by cancer cells to grow.

It is recommended to not take more than 200 mg of vitamin C within 3 hours of using chlorella as vitamin C may prevent the chelation (binding) effects.

Spilulina is a blue-green algae that grows primarily in the tropics and sub-tropic lakes. While chemo drugs apply a “carte blanche” approach, certain natural substances have mechanisms within them that specifically target cancer cells while leaving healthy cells alone. Furthermore, some superstar phytonutrients target cancer stem cells, in particular, eliminating tumors while healing cancer at the very foundation. One such substance is Spirulina.

Melatonin, which is produced while we sleep, has a direct effect on estrogen levels in several ways. It protects from estrogen overdose and directly suppresses breast cancer cell growth by literally putting the cells to sleep. David E. Blask, Ph.D., of Tulane University in New Orleans is an expert in cancer biology. He demonstrated that 90% of human breast cancers have specific receptors for nighttime melatonin anticancer signaling.

Considered to be one of the healthiest populations on earth, the Japanese consume more seaweed than any other nation. We might want to do the same! 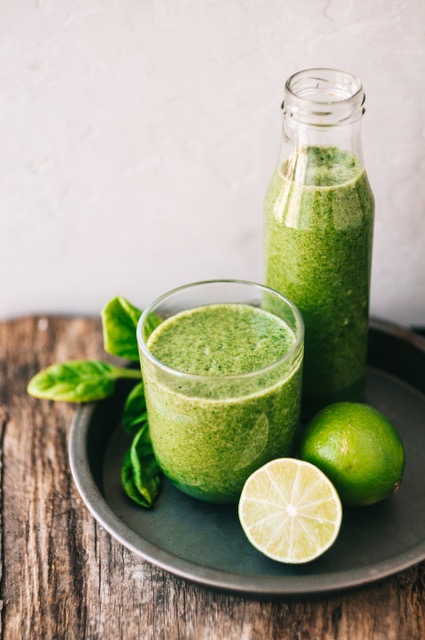 Many green powders include probiotics, powerful anti-cancer herbs such as curcumin, mushrooms, astralagus root, and antioxidants from plants such as broccoli, beets, spinach, and carrots.

I think the most important part of this is what does it taste like and will you use it?  I’ve tried some green powders that I could barely get down because it tasted like I was drinking juiced lawn clippings!

The other most important thing to consider is sourcing. You want to make sure that they are labeled Organic AND Non-GMO.  An additional bonus is made in the U.S., as many “health” products (like supplements) are made in China.

When you don’t feel you have the energy to make a meal, smoothies are great ways to get nutrient density along with calories into your body.  Adding in a green powder gives you that extra boost of cancer-fighting ingredients.

Start with a base of 8 oz. non-dairy milk such as almond, hemp, coconut, or cashew milk.  Add to this a whey or plant-based vanilla-flavored protein powder.

Add ice if you like it cold or use frozen blueberries.  Blend well and enjoy!

Sorry. This form is no longer accepting new submissions. 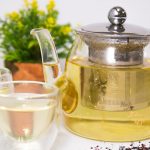 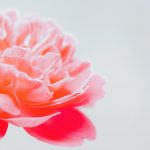