Researchers from the University of California studied more than 1,550 women previously treated for breast cancer. After 5 years of follow-up, they found that women with the highest plasma carotenoid concentration had a reduced risk for breast cancer recurrence by 40%. The result of this study was published in the Journal of Clinical Oncology on September 20, 2005.

Editor’s Note: Plasma Carotenoid = Fruits & Vegetables Intake
It has been known for some time that fruit and vegetable consumption helps prevent cancer. High plasma carotenoid concentration is an indication of high intake of fruits and vegetables. Beta-carotene (carrot, spinach, kale and cantaloupe), lycopene (tomato, pink grapefruit, watermelon and apricots) and lutein (dark green leafy vegetables such as spinach, collards, kale and broccoli) are members of the carotenoid family. This study affirmed that eating more fruits and vegetables may prevent breast cancer from returning among breast cancer survivors.

Fruits and vegetables are loaded with antioxidants, fiber, folate and potassium and they are low in fat and calories. In addition to their role in cancer protection, studies showed that they also help prevent stroke and heart disease. A recent study published in January 2006 conducted by London researchers showed that eating 5 daily servings of fruits and vegetables reduces the risk of stroke by 25 percent compared to those who ate only 3 servings daily. 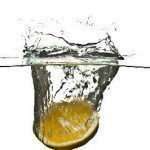 Clean Your Kidneys for $1.00 or LessRecovery & Healthy Living