Double Mastectomy. Maxine Devereaux’s breast cancer scars are bared on the cover a magazine, making her the first woman to bare her scars to the world. Baring her double mastectomy scars was not easy. Maxine Devereaux is currently fighting triple negative breast cancer stage 3C. She went to five different doctors before one would validate her intuition that something was terribly wrong. In a world-first, Maxine recently bared her mastectomy scars on the cover of Enspire Magazine, inspiring women with her courageous fight to beat cancer.

I ask Maxine, why it was so important to show her scars to the world. She explained, “It was important to me because nobody shows their scars. And everyone thinks that breast cancer is just a race and a ribbon. I don’t knock people for the race and the ribbon–they’re my ‘breasties’. But to see the scars, you know that somebody’s been through a battle and they’re struggling. And I just want people to see that it’s more than a pink ribbon. It’s more than a race. We’re disfigured.”

The hardest thing for her about the mastectomy process was when the doctor was poking and prodding. She was in so much pain that she was holding onto a wall. “The doctor didn’t even flinch. It didn’t even bother him, until my husband said, ‘I would like you to handle my wife’s breasts as you would like someone to handle your testicles.’ ”

She talks about losing her favorite breast and how she would speak words of affirmation to the other breast in an attempt to keep it.

I asked her about arriving to the hospital the day they were going to remove her breast. She said, “I tried not to cry, but then it hit me when I was in surgery.” Maxine’s nurse wouldn’t allow her to cry in the hospital, so for 15 months, she didn’t cry though she wishes she would’ve. She says, “I would’ve cried the loss of who I thought I was,” and goes onto say, “We are more than the sum of our body parts.”

She’s not afraid to speak frankly about how women are perceived in our culture. “[In] Society, we’re our breasts and our butts and our hair. But then when we lose that, who are we? I’m finding that femininity is who you are in your heart space. Who do you nurture, who do you love, how do you treat the world, how do you treat yourself?”

Maxine talks about the scariest parts of this process, including chemotherapy and death, though she’s not afraid of dying.

Knowing that she’s a very spiritual person, I asked Max if she thinks she knows why this happened to her. She responded, “Why not? Because someone needed to be bold enough to change the face of breast cancer.”

There’s been a lot of highs and lows of this journey for Maxine. Her family have had different reactions. Some think she’s gone too far, but Maxine says she hasn’t gone far enough. “I want to go so far that every three minutes a woman isn’t diagnosed, every 12 minutes a woman doesn’t die.”

We talk about how her relationship with her husband has changed since he’s become her caregiver. There are “tough” parts about the shift in their marriage, yet they have a much deeper connection than they ever have.

For Maxine, one of the greatest gifts through this journey has been being able to live her own dreams. For so long she was a caregiver for everyone else’s dreams.

I asked her what she wishes she would’ve know going into this journey. “I wish I had known what to expect. I wish somebody that had gone through this had told me, ‘The first time you see your scars, you’re going to freak out.’ I wish someone had told me that with Chemo, there also comes ‘Chemo-Brain.’ ” She explains that ‘Chemo-Brain’ erases long-term memory and forces you to live in the present.

Her message to us is, “Own whatever illness you have. Own it. Take care of you and don’t let anybody tell you, ‘Don’t cry.’ And don’t be strong for other people because in the middle of the night when everybody is asleep, it’s only you. And you can’t really get the real help that you need unless you’re honest about where you are in your illness.”

If you are newly diagnosed or a friend or family member is going through an illness, I hope this interview inspired you and given you some tools in fighting it. 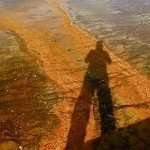 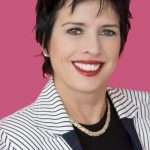 Gentlemen, Please Judge Me on My Brain and Contribution and Not the Way I PeeVoices - Inspirational (and sometimes funny) Stories from Breast Cancer Survivors